Cloquhat is an estate of nearly 700 acres set at the foot of Glenshee in Highland Perthshire. 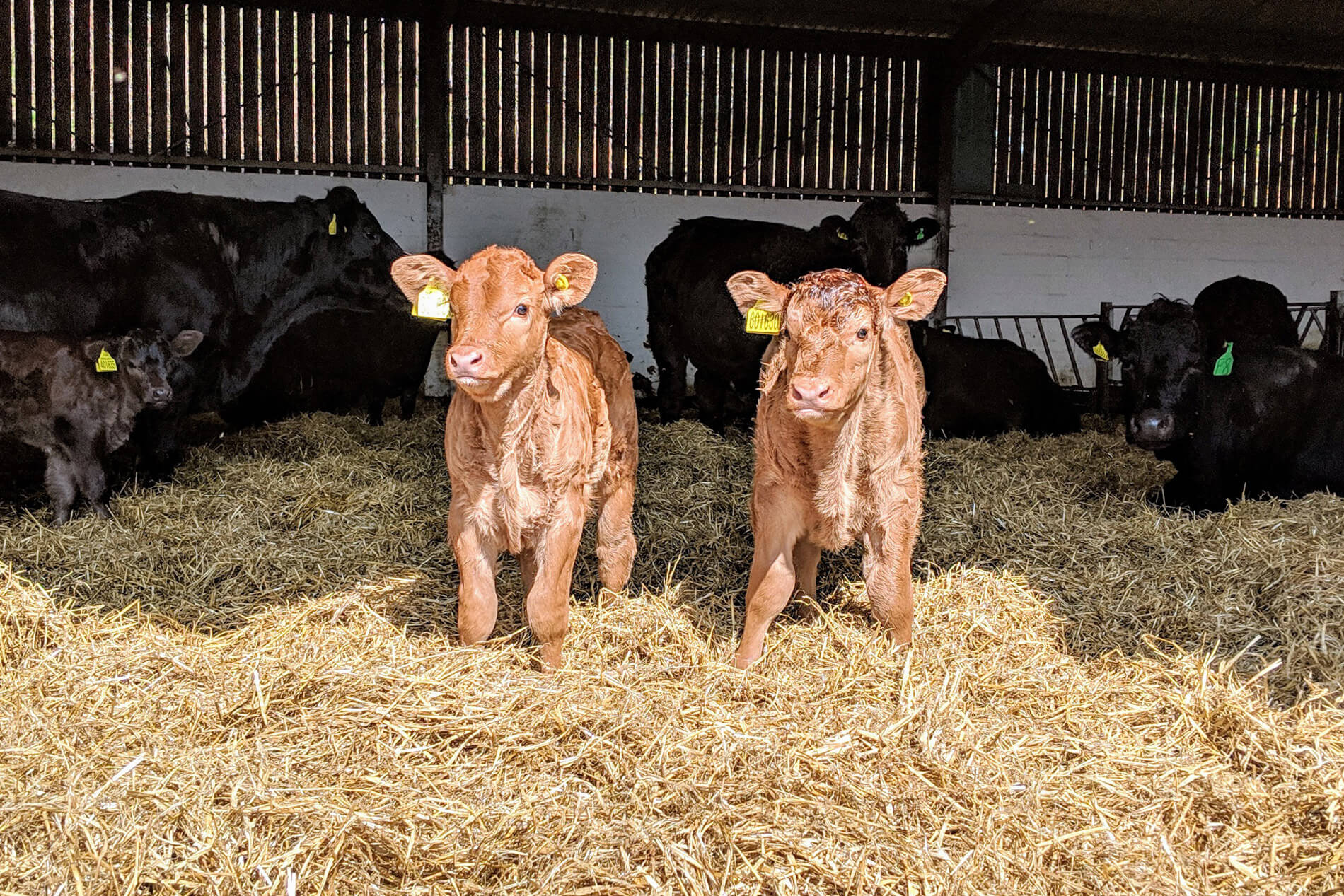 Cloquhat is an estate of nearly 700 acres set at the foot of Glenshee in Highland Perthshire. At the bottom of the farm, the rivers Blackwater, from Glenshee, and Ardle meet, to become the Ericht, which runs south, through Blairgowrie to join the Isla and eventually the Tay. The land, all of which is south-facing, rises steeply from 450 feet to just under 1,200 feet, and consists of just over 300 acres of pasture and 320 acres of hill. The rest is woods, tracks, buildings etc.

Cloquhat, which means ‘the Place of the Wild Cat’ (though he seems to have disappeared long ago, fortunately) was bought in 1946 by Colonel and Mrs Peter Dunphie and quickly became renowned for the Jersey Cattle herd which Mollie Dunphie created. Meanwhile Peter ran a Hereford herd and a flock of Scottish Blackface Sheep on the hill.

In the 1950's they bought the neighbouring Middlepark Farm from Ashmore Estate, and since then the estate has been called Cloquhat Farms, or to give it its correct, but seldom used, name, Cloquhat and Middlepark Farms. The Jerseys and Herefords went during the 1960's, and the farm has since kept cross-bred suckler cows, which initially ran with Charolais bulls.

In 1988 the farm was taken over by Colonel Dunphie’s nephew, Brigadier Christopher Dunphie and his wife Sonia. While Christopher continues to manage the farm manage the farm, which is based on a herd of 95 Limousin-Cross cattle - 72 spring-calving, 23 autumn-calving.

2018 was a remarkable year - we actually had a 'summer'. In consequence we made a mass of hay, under perfect conditions. To cut grass one morning and bale it as high-grade hay the next afternoon/evening, was remarkable, and a welcome change from baling and wrapping soggy silage - and a considerable financial saving. The weather in recent years has made hay-making almost a rarity. Clearly many people find it simpler to make silage - 'and to hell with it'.

Attending a Beef Efficiency Scheme conference last autumn, the concentration was entirely upon making silage on nicely flat fields and the analysis of resulting clamped silage. We have no flat fields and, with our spring-calving cattle out-wintered and our steep slopes, silage clamps are impossible at Cloquhat. Much of the discussion and advice was, therefore, irrelevant to us. A quiet question at the end about the merits of hay was scornfully rejected as so out-of-date as to be nearly prehistoric. How wrong that proved. The mild 2018/19 winter, with virtually no snow, meant that our spring cows remained on the hill until shortly before calving was due to start. Not only was feeding hay far easier than silage, but - and this came as a welcome surprise - the cows were far quieter than normal at calving time. We cannot prove that this was due to a winter based largely on hay, but it was a clear fact. And with no winter frosts to speak of, the grass in the pastures never disappeared; we were able to turn out cows and calves in Spring 2019 onto deep, lush grass.

Our crop of 2018 calves performed splendidly. At the annual sale at UA Stirling in November 2018 we showed one pen of eight stots and two pens of eight heifers, emerging with two Firsts, a Second and, of course the Champion Pen - for the fourth consecutive year. We also had two entries in each of the Single Stot and Heifer classes, and emerged with First and Second (and Supreme Champion) in both. Credit for this must go to Neil Drummond who, over 26 years at Cloquhat, has brought us from an average run-of-the-mill herd to a consistent prize-winner. That said, our two resident bulls, Limousin Dyke Gambler, and Limousin/British Blue Cross Hannibal, also deserve considerable credit (as do their predecessors who have sired our closed herd of big, strong high-quality cows).

2018 was also a year of considerable change. With the Cloquhat Team beginning to struggle and show its years - Neil Drummond suffering from many years of tug-of-war, lifting heavy stones and the physical demands on a stockman, and Christopher Dunphie feeling that at mid-80s he had had enough of form-filling - we decided to 'change direction'. In consequence the flock of Cheviot-Cross sheep was sold in the spring, shortly after lambing. Following a detailed study of the farm, conducted in 2017 by Galbraiths, we have decided to move out of active farming at the end of 2019 and seek a contract partner. This is in the hands of Galbraiths.

Following Neil Drummond's arrival at Cloquhat in 1992, the farm changed direction. Limousin bulls replaced the earlier Charolais from 1995. The Blackface flock was replaced by North Country Cheviots, but was closed in 2018.

Cloquhat has been a closed herd for more than 15 years. Over the years the purchase of a succession of top-quality Limousin bulls, such as Greenhaugh UTWO, for many years consistently rated by The Limousin Society as the top black Limousin bull in the UK herd-book, has ensured a herd of strong, high-quality cows.

The introduction of British Blue blood some years ago has proved beneficial, with the present pairing of Hannibal, a black Limousin/British Blue bull and Dyke Gambler proving to be an excellent partnership.

The herd is 90+ strong, with 70-75 spring-calving and 20-25 autumn-calving cows. Future breeding stock is carefully selected from the annual heifer-calf crop. Heifers are bulled to calve at 2½ years old.

The herd is in the SAC Health scheme and has been classed as BVD Negative for over 6 years. All cattle have been electronically tagged for nearly 20 years and, with modern sheds and handling facilities, electronic weighing is carried out. The herd is in the SSBSS and BES schemes.